A downloadable game for Windows and macOS

Owl Country was created by several TIGSource forum community members during GDC 2008, primarily in a hotel room at the Holiday Inn Civic Center.

Written in C and OpenGL

WHY OWL COUNTRY?  As Guert  explains,
Once upon a time, in Montreal, Canada, a small group of indie developers were leaving an event called Gamma 256. The evening had been lovely and it was time for everyone to go back home and dream about the wonderful time they just had. Destiny had something else planned...

As they sayed their good-byes, a common pigeon flew over their heads. Little did it know, this little flight proved to be a horrible mistake. Out of nowhere, an owl flew out of the darkness and viciously attacked it. Dazed and confused, the pigeon landed right in front of our friends and tried to escape by flying away. Unfortunatly for mister pigeon, mister owl had an ace up its sleeve. The noctural hunter zoomed above, landed in the a nearby tree. Few seconds later, feathers floated down on the group.

Since that day, all of the witnesses of this event were deeply affected by the violence of the owl, except Fish, who keeps claiming that he doesn't remember a thing. But in the end, we all know that Fish had the owl under his command, which explains why he "doesn't remember"...

Actually, as far as we know, the pigeon escaped.  The feathers that floated down were from the initial swoop, and it was our presence that startled the owl away. However this retelling is pretty close 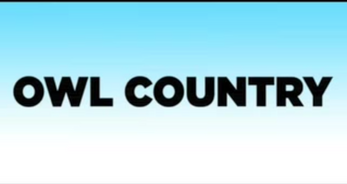 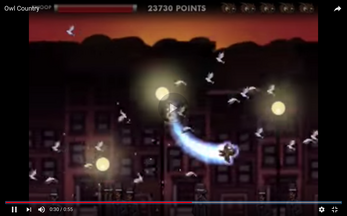 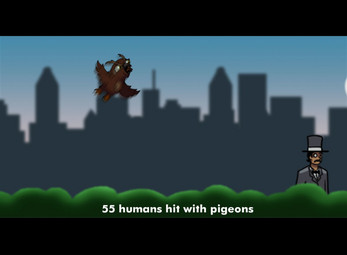 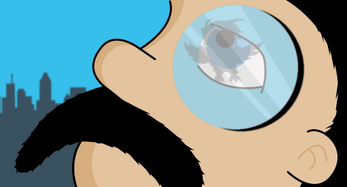